Celebrating summer with an explosion of colour

To launch the reopening of Frestonian Gallery, the first exhibition of this year will be the work of one of Britain’s greatest landscape painters, Adrian Berg. The exhibition also celebrates the publication of the first major monograph of Berg’s life and work by Marco Livingstone.

Showcasing work that spans half a century, the exhibition shows Berg’s true love affair with the natural world from the reimagined landscapes of the sixties, through to the colourful and vibrant interpretations of some of his most beloved gardens in the twenty-first century, including Kew and Wakehurst Place.

Graduating from the Royal College of Art in 1961, Berg became a prominent figure in the British art scene with close friends including R.B. Kitaj and David Hockney (whose landscape work also features in The Yellow Building). With a clear love of life and the natural world, it is clear to see why Berg’s work continues to be admired and shared, a decade after his death. 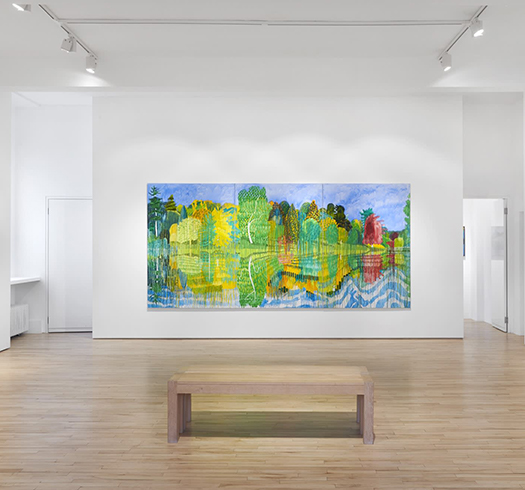 “His paintings, above all, breathed new life into landscape painting... Berg’s constant reinvention of the terms of painting, his repeated demonstrations that as a medium it remains as alive as ever and as pertinent a means for communicating a coherent world view, is a matter for celebration.” Marco Livingstone, 2020

The exhibition runs until the 3rd of July. Find out more at Frestonian Gallery.