Megan Piper and Frestonian Gallery are delighted to present an exhibition of work by London based artists Tess Jaray (b. 1937) and Paul de Monchaux (b. 1934) running 3rd December to the 9th January 2021.

Jaray was the first woman to teach at the Slade where she taught for over 30 years, and has gone on to exhibit extensively including a succession of major public art projects – she was made an Honorary Fellow of RIBA in 1995 and a Royal Academician in 2010.

De Monchaux spent much of his early life living and studying all over the world, before attending the Slade and going on to teach, most notably as Head of Sculpture and Head of Fine Art at Camberwell School of Art whilst exhibiting extensively. Since retiring in 1986, Jaray has focused solely on his own work carrying out large scale public sculpture commissions throughout the UK. 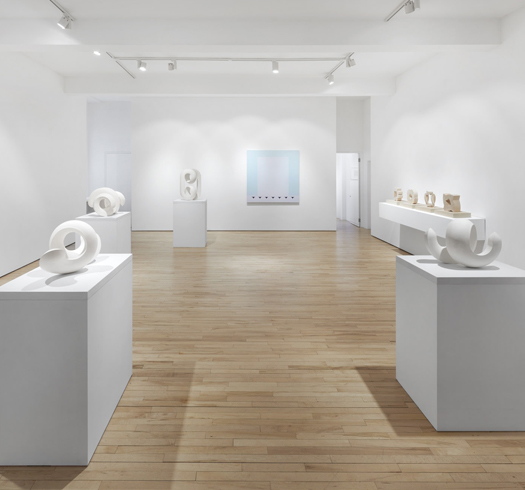 Having studied together at the Slade in the late 1950s, the artists met again in 1986 during the Stoke-on-Trent Garden Festival, where de Monchaux’s work was included in the Whitechapel Gallery Garden and Jaray presented her first brick floor-piece. As both artists pursued public art commissions through the 1990s, their dialogue continued. They have exchanged over 400 letters by email over the last fifteen years – discussing shared influences and artistic challenges. This exhibition brings together their work in a gallery for the first time, capturing their visual dialogue and highlighting their common ground.

As Jaray notes in an email from 2006: There are several things you mention where I see we share the same territory, or drink from the same cup. You speak about the work being 'based on architecture'. It is the same for me, although I would put it differently: I have always thought that the influence of architecture for me has to do mostly with its emotive impact. How a building, or structure, or place, makes me feel. And I try to use that, somehow, in the paintings.

Focusing on recent work by both artists, the resonance of their correspondence is immediately apparent in this exhibition. De Monchaux’s sculptures are developed from a geometric core and he notes: ‘Among its many uses, geometry provides a means to coordinate the seen with the sensed. The process itself has its own poetry regardless of the application’. The plaster works use the same geometry as their starting point as his earlier Volutes. 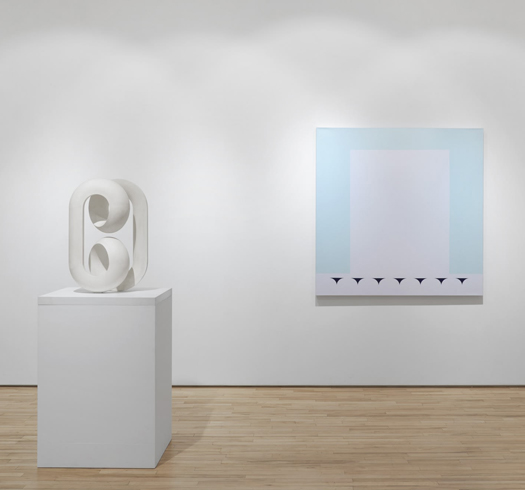 Both artists were profoundly influenced by visits to Italy early in their careers – de Monchaux in 1954 and Jaray in 1960. Jaray’s trip, the result of a travel grant when she finished at the Slade, has inspired and informed her exploration of perspective, space and colour for the last six decades. The exhibition includes three of her Predella paintings – referring to the Italian term for the long horizontal structure at the base of an altarpiece – first encountered by Jaray when she visited Florence and Rome.

The exhibition also includes Jaray’s recent One Hundred Years series – the title playfully referring to the length of time it would take a snail to circumnavigate the world. Collectively, she and de Monchaux have invested more than a hundred years in their artistic pursuits and this exhibition is testament to their success.

Exhibition open by appointment only from 3rd December 2020.

For more information on the artists and the exhibition please visit www.frestoniangallery.com