The Independent Republic of Frestonia naturally became a place creatives were drawn to, offering a physical place and cultural space of freedom from the constraints of society and traditional art institutions. It was only a matter of time before a designated gallery was set up to hold exhibitions and gather the artistic community together, and so the Carbreaker Gallery was born.

Run by Brien Assiter, Minister for Arts & Culture for Frestonia, it was located opposite a scrap merchant and breakers yard for cars providing it with an obvious choice for a name. Professional lighting for the gallery was donated by Sandy Nairne who would later become Director of the National Portrait Gallery, and the Carbreakers launched on 14th December 1979 to much intrigue as this review from The International Times attests: 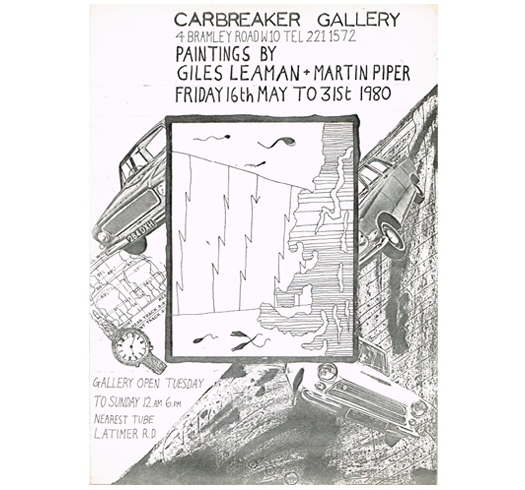 “An open door Art Gallery has just opened in Frestonia, London, and is now operating as one of the only exhibition sites open on a non-commercial basis to more or less anyone who wants to exhibit their work. To be known as the Car Breaker Art Gallery it’s at 4 Bramley Road, London W. 10 (Latimer Rd. Tube) Tel: 01- 221 5092. Someone who normally hates all art galleries reports that the opening exhibition was “Better than I feared”. This means it is probably very good.” 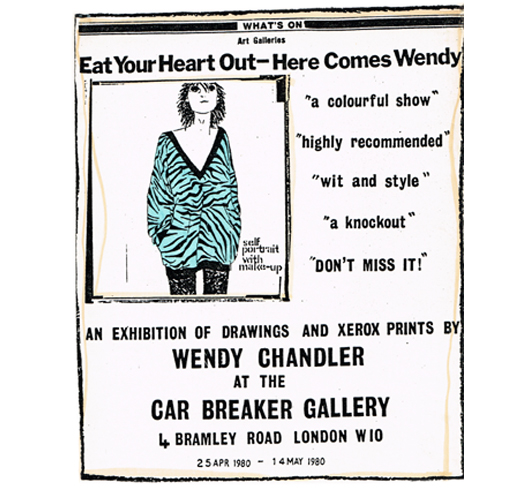 Exhibitors included award-winning artist Julie Umerle, the illustrator Tony Wright and graphic novelist Brendan McCarthy whose involvement started a chain of pivotal events in the emerging warehouse scene of the 1980s and 90s. Musical sculptor Giles Leaman opened a joint show with Martin Piper in 1980 entitled Splotches in Space which thanks to a typo on the poster became Sponges in Space.

As part of the show, which was attended by conceptual artist John Latham, they enacted a performance battle between Martin as the square and Giles as the circle ending with a television being smashed up in the gallery.

It was also home to Frestonia’s famous street art: ‘…a whale on Stoneleigh Street, created for Ken Campbell’s production of Douglas Adams’ Hitchhikers Guide to the Galaxy, and an urban Vietnam Apocalypse Now re-enactment. The latter… consisting of ‘The Ride of the Valkyries’ at 2am, floodlights, bicycles, LSD and gloss paint.’ (Vague 2010)

The gallery may no longer be open but its rebellious roots paved the way for the collaboration and inspiration of an important community of artists. The creative spirit lives on today in the Frestonia Gallery, the campus’s own contemporary art collection and the many trailblazing businesses working together, and the new Breaker’s Place with public art will continue the legacy of a seminal location for the arts. 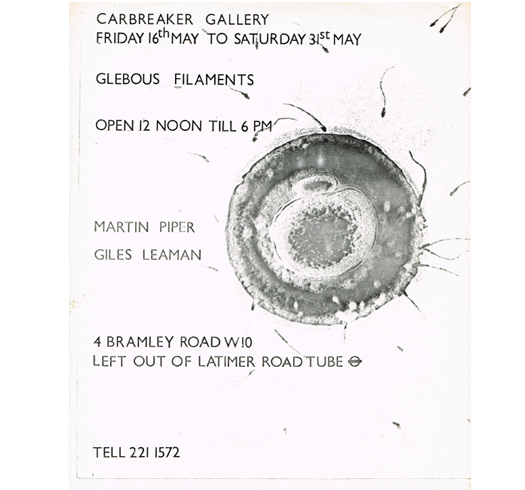