The Arrival of Spring in Woldgate, East Yorkshire in 2011 (2011) - Hockney’s celebration of spring

What better month than May to celebrate iconic British artist David Hockney’s four iPad drawings from his series The Arrival of Spring which hang proudly in The Yellow Building’s ground floor. The series of numerous images were drawn in situ by Hockney in and around his childhood home in Woldgate, East Yorkshire documenting the transition from winter to summer with each depicting a specific day between January and June 2011.

Colourful and inherently intimate thanks to its subject matter and relation to the artist, Hockney believe this to be one of his major works and sees the multiple images as a single work of art. The series went on to form part of a major exhibition at the Royal Academy in 2012, conveying the beauty and fragility of nature with a very modern eye and medium. Hockney used a touch screen tablet as a digital sketch pad, allowing the artist to explore and expand on a new visual language to express his love of colour in these bright, wooded landscapes. 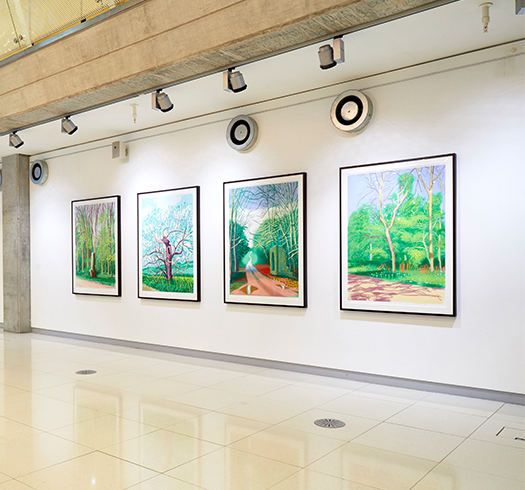